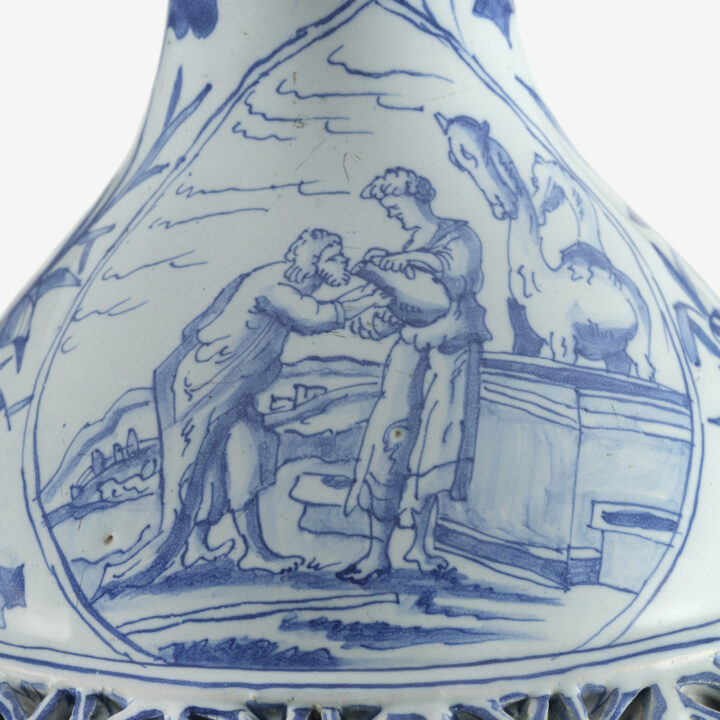 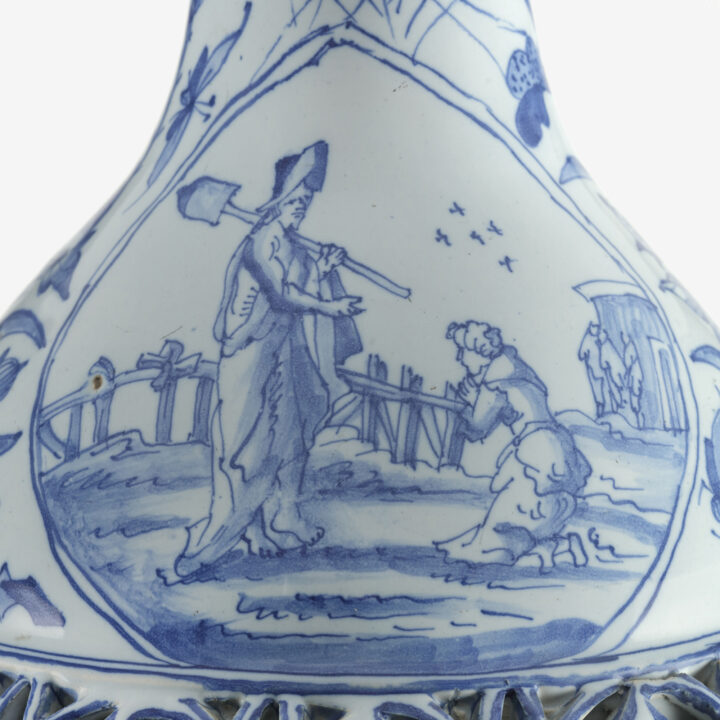 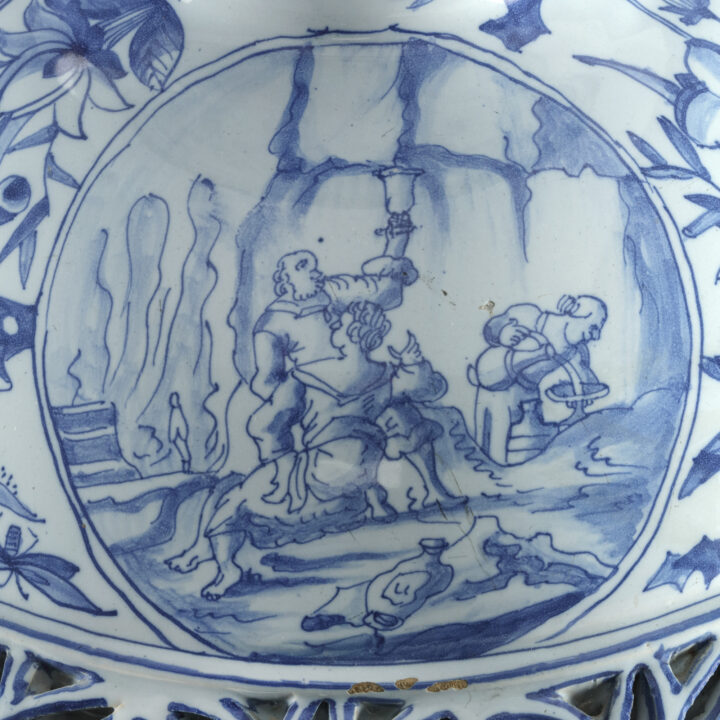 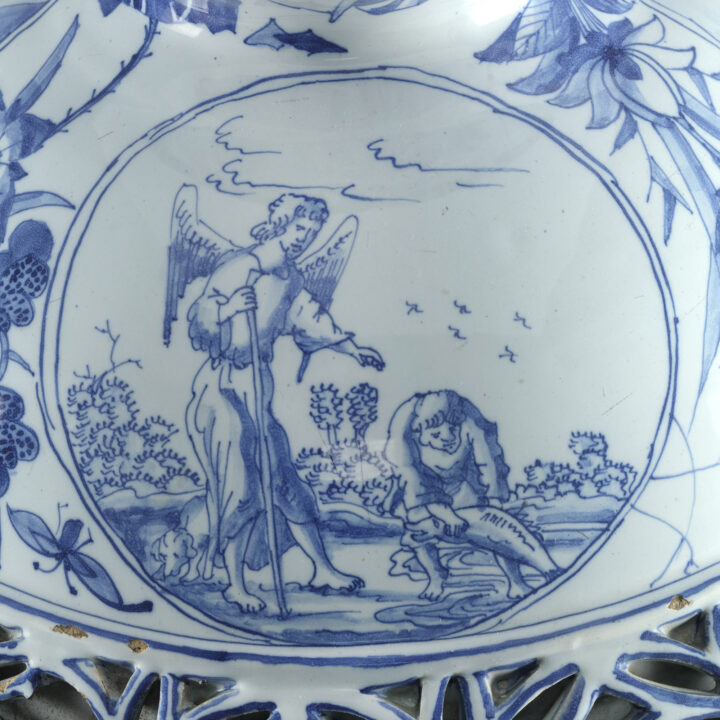 Origin: The Netherlands, Delft or Haarlem

This interesting pièce de forme is a testimony to the level of skill of which a Delft potter was capable, and that in the period thought to mark the onset of ‘mass’ production of Dutch Delftware. The form of this vase is traditionally called calabash, but what is not only remarkable but also very unusual about the present example are the three pierced globular thickenings that have been applied merely for decorative purposes. The painting is to the highest standard and all the biblical representations on the medallions derive from the work of Leonart Bramer, a painter who was active in lft at the time. The depictions on the vase are of the following Biblical episodes:

The above scenes were all taken from the New Testament – all but the first two, that is. The first one came from the Old Testament and the second one, the episode of Tobias, from the Apocrypha. When considering the selection of the scenes the assumption can be made that the commissioner of the piece was an adherent of the Catholic faith. As was the case with paintings by far the most  popular scenes were those from Classical Antiquity and Biblical subjects, which is hardly surprising in view of the fact that the Netherlands was a devout Christian nation.