Since 1870, four generations of the Stodel family have been involved in one of the most renowned Antiquairs in the Netherlands, including an establishment in London until 2007. Salomon Stodel Antiquités has a long tradition of furnishing the homes of the most prominent families in the Netherlands and beyond.

The company focuses on objects from the period 1580-1820, such as European porcelain and pottery up to 1890, furniture, Delft pottery and silver.

Salomon Stodel is also one of the founders of the TEFAF, The European Fine Art Fair and the National Antiques Fair de Pan, which was founded in 1987. Except during the annual participation in both fairs, the objects are exhibited in the shop on the Spiegelgracht.

Joseph Estié (1960) has been associated with Salomon Stodel Antiquités since 1982. Estié is a broker and certified appraiser in antiques. He is also regularly seen as one of the experts in the successful television program “Between art and kitsch” (‘Tussen Kunst en Kitch’).

Photo: Prince Bernard (r) and Jacob Stodel during the opening of the Fair in Valkenburg (1982) 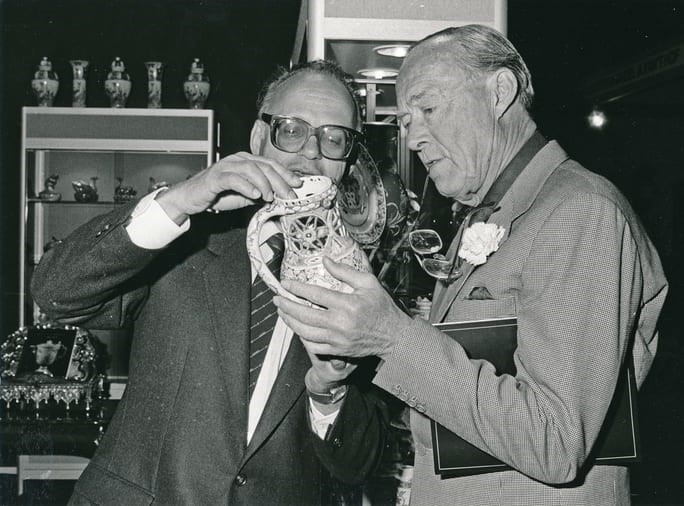