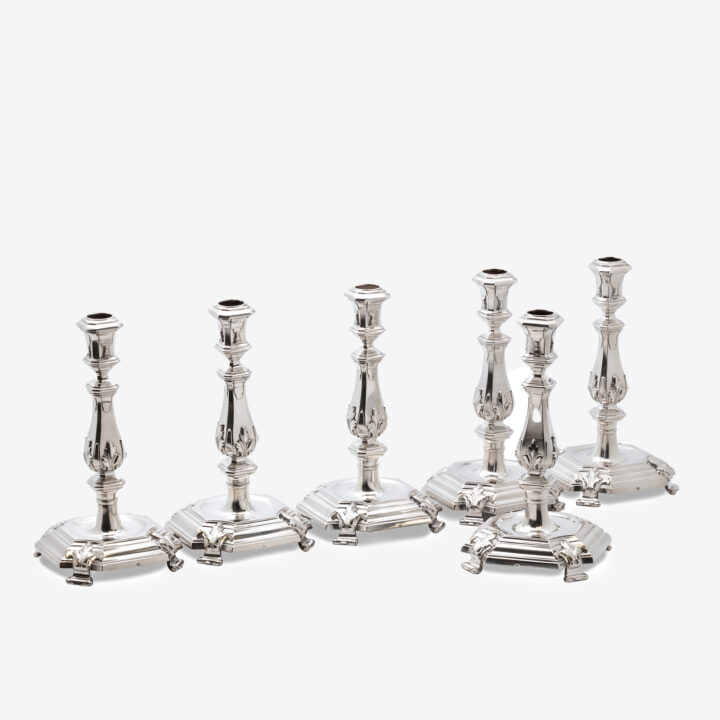 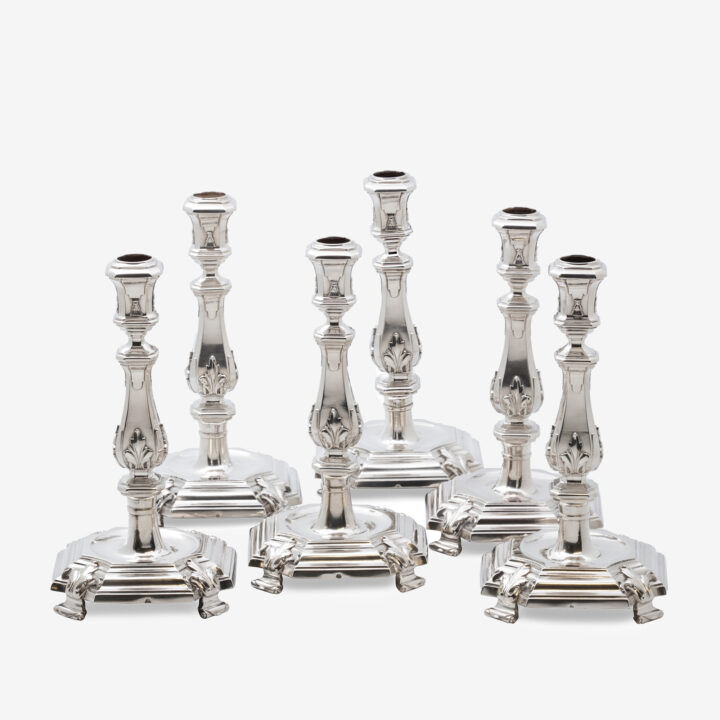 A SET OF SIX  CANDLESTICKS

Francois lambrechts from Amsterdam made the earliest candlesticks of the present set in 1731 In 1765 Jan Diederik Pont added two candlesticks. In order to make a set of six, Pont copied one of Lambrechts’candlesticks.

Francois Lambrechts was born in 1696 as the son of Salomon Lambrechts and Sarah de Goyer and became silversmith in 1720 in the same year he married Johanna Dutoit. Francois lambrechts died in 1751. He is principally known to have made candlesticks and coffee-pots.

Jan Diederik Pont was born in Bremen (Germany) in 1701 and died in Amsterdam in 1767. He was apprenticed to Johann Gradfenstein in Bremen between 1713 and 1719. From 26 april 1729 onwards he worked as a silversmith in Amsterdam. In 1731 he marries Maria van Rixtel. His som Willem Pont, became silversmith in Amsterdam in 1755. Pont was a maker of services and flatware Het is known to have made candlesticks, sweatmeatbaskets, tobacco boxes, fish-trowels and table-bells.

Large sets of matching candlesticks from the first half of the 18th century are extremely rare, even if we include sets with different date letters.  There is a set from 1734 made by Pieter de Keen which is now in the collection of the Amsterdam Museum.  There is a set of four candlesticks by Jean du Vignon III dated 1726 ( sold Christies Amsterdam 1996) and  a set of six matching candlesticks by the Groningen silversmith Johannes Dronrijp, dated 1717-1718. A set by Amsterdam silversmith Jacobus Rensing dated 1756 was sold in Christie’s Amsterdam in december 2000.