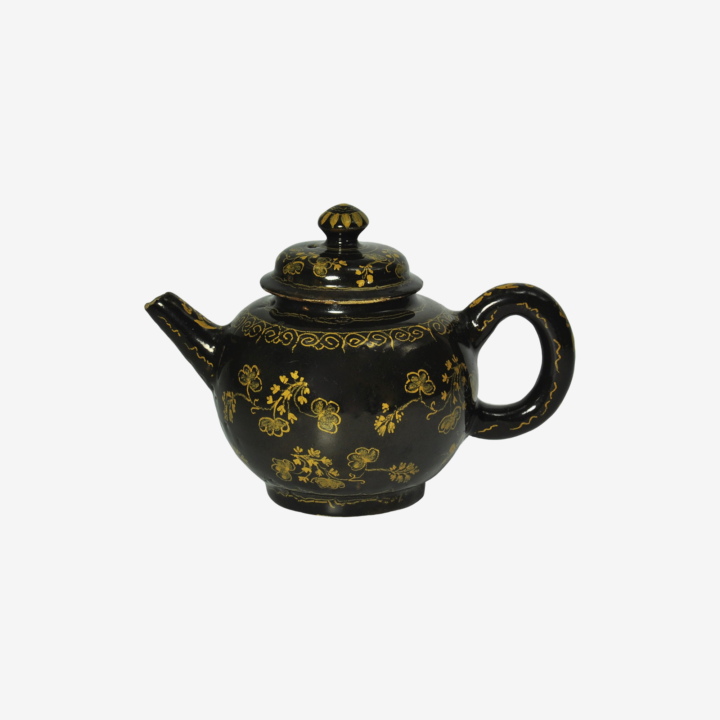 Dutch Delftware with an olive broun ground, and almost always with a yellow decoration is mentioned in the same breath as the famous black Dutch Delftware.

While collecting Chinese lacquer ware became all the rage, Japanses lacquer ware was even more sought after. Brown and black grounds, in order to emulate the appearance of that extremely desireble lacquer ware. As the process was, technically speaking, a difficult one, which could lead to considerable differences in quality production of this intriguing material was never on a large scale.

It is highly likely that items such as this teapot were never invented for every day use, but were made to excite the admiration of lovers of these types of rarities instead.

Several teapots have survived that bear the signature of Lieven van Dalen, one of which is in the Rijksmuseum in Amsterdam and another in the Musée Royaux d’Art et d’Histoire in Bruxelles.