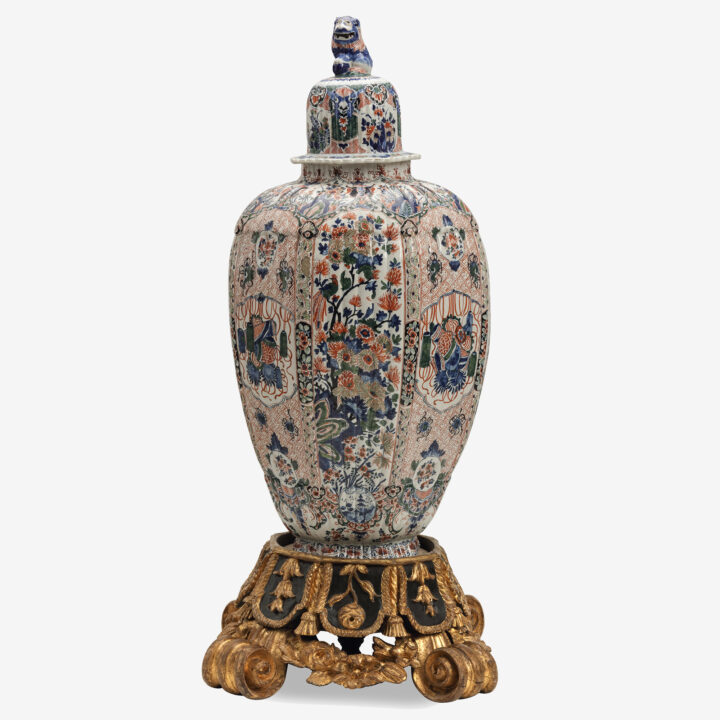 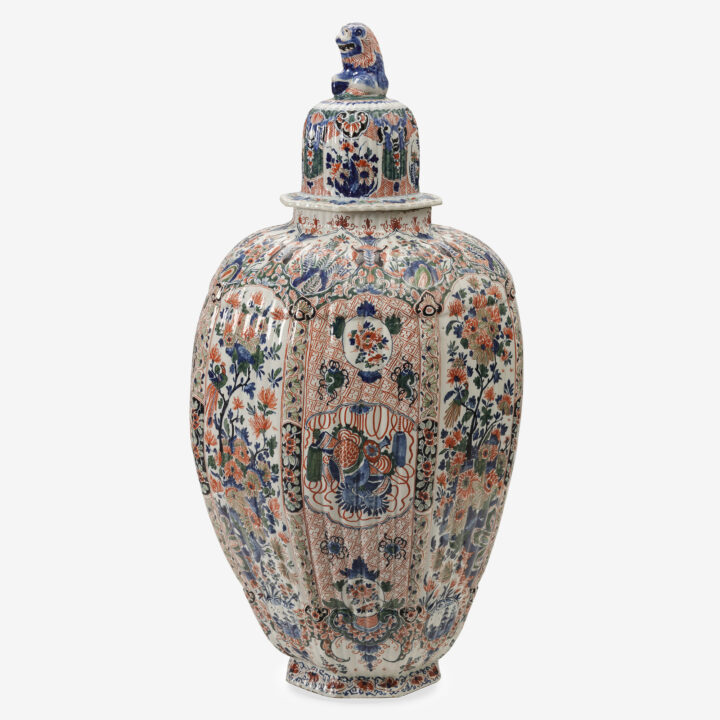 A vase of this size and colorful decoration, created some three hundred years ago, is considered a ceramic wonder. It is proof and a silent witness to the high level of Delftware that is rightly called the National product. From the third quarter of the seventeenth century onwards, Delftware has been a sought-after exportation item throughout Europe, but in particular to Germany, where it was possible to have large areas intended for making decorative arrangements of Asian porcelain and Delftware.

This covered vase of enormous dimensions may have been the center of a seven-part set. One seven-part set of these dimensions is known, consisting of an elongated baluster-shaped lid pot, two gourd or knob vases, two “cornets” or cup vases and two straight vases with short necks. They are almost always octagonal ribbed and consist of a multi-colored decor of blossom branches with birds, kylins, and lambrequins. There are also bows and ribbons on panels with shaded decorations. Maskerons are depicted on the shoulder of this vase and on the wall of the arched lid. These are strongly reminiscent of the masks that we find in Lutma and Vianen’s lobe, but that are also frequently used in sculpture. A seven-part set would have been less suitable as a cabinet set, but much more intended to be placed on a long table. Due to lack of space, collections would be split. Examples of incomplete sets are known, which may be assumed to have consisted of larger collections.