with chinoiserie scene, Delft, circa 1700 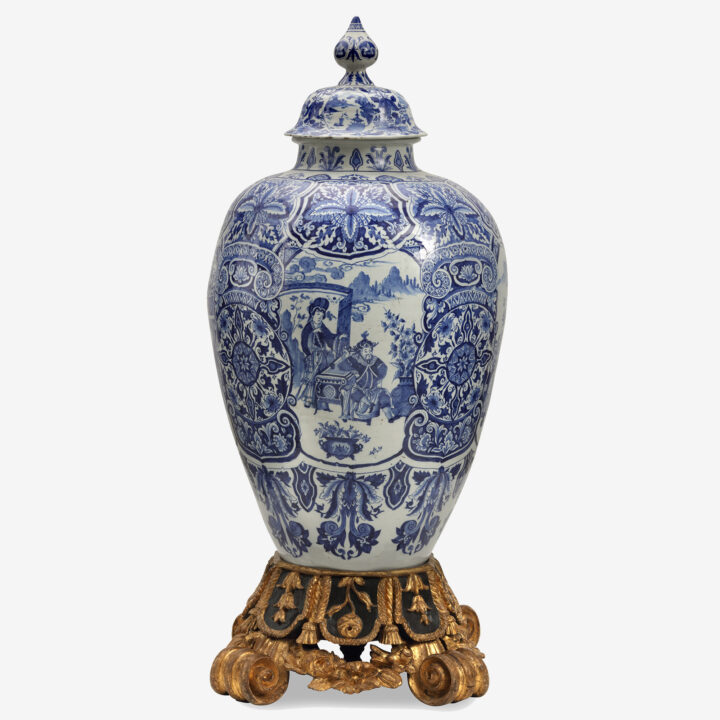 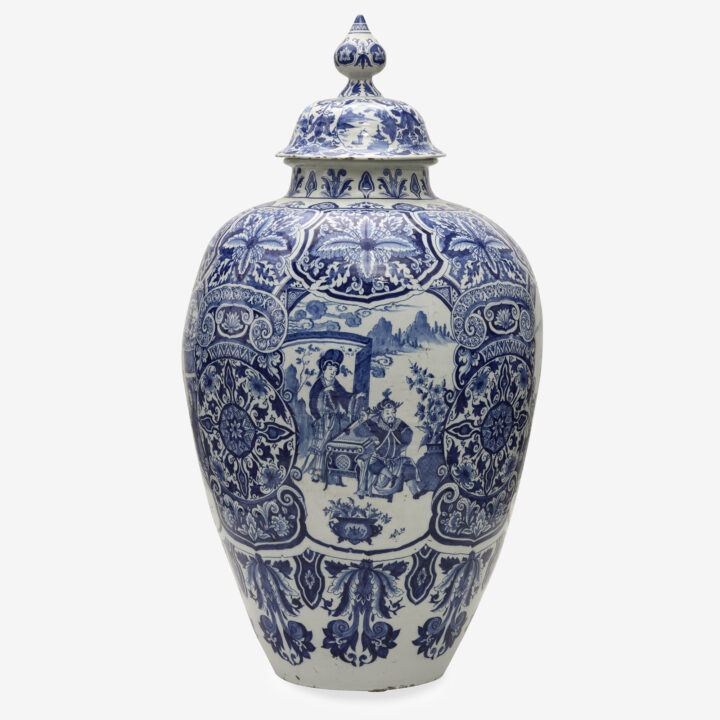 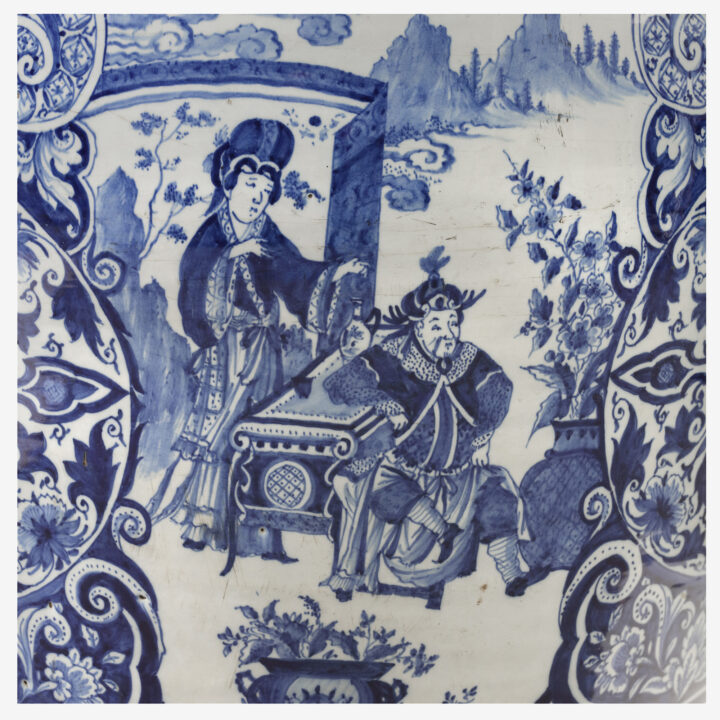 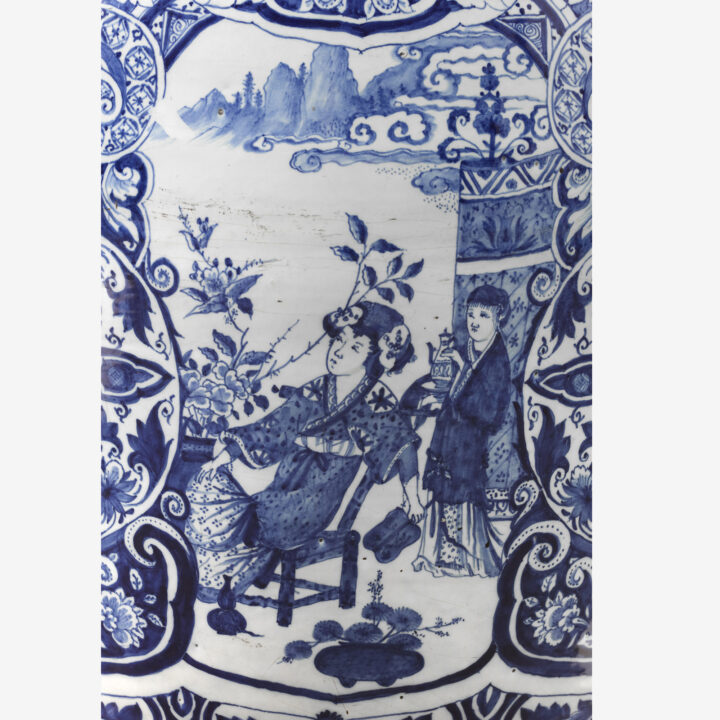 This vase of impressive dimensions must be regarded as a ceramic wonder. On the inside you can clearly see that the vase consists of two parts, placed on top of each other before being placed in the oven. The surface is dominated by four elongated medallions showing an alternating decor of a Chinese person and a room servant respectively, one who is filling a vase-shaped jug and the other who is subsequently bringing in that jug, placed on a tray with a stand ring. These medallions are surrounded by complicated patterns of stylized leaves, rosettes and flower patterns.

At the end of the seventeenth century, when the influence of Daniël Marot was widely represented, richly decorated mantle pieces came into vogue, particularly in prestigious areas of the interior. A good example of such a theatrical setup can be seen in a painting by Pieter Jansz. Van Ruijven (1651-1719) a piece intended for on the mantle. This painting is now part of the collection of the Amsterdam Historical Museum, location Willet Holthuysen.

It shows an arrangement of blue and white decorated ceramics in combination with small plastic (soapstone figurines.) On the lids of the two cup vases is a parrot. An identical lid vase is part of the collection of the pediatrician Irmgard von LemmersDanforth, who lives in Wetzlar. (1892-1984). This collection of European arts and crafts from the Renaissance and Baroque period was left to the city of Wetzlar after her death, and published by Wolfram Koeppe, currently curator of European furniture at the Metropolitan Museum New York. Apart from the fact that such large vases were set up on the mantle piece, it is sometimes also said that they could be used as an extinguisher.