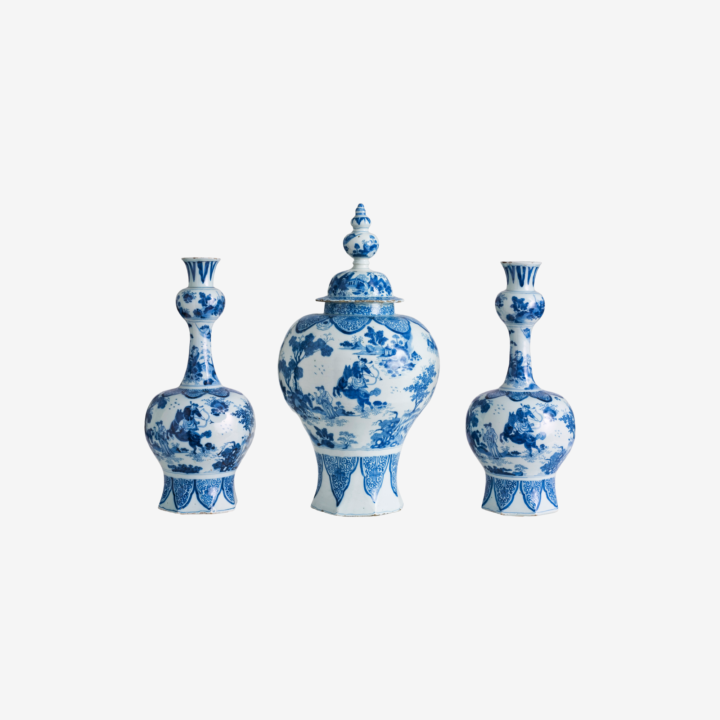 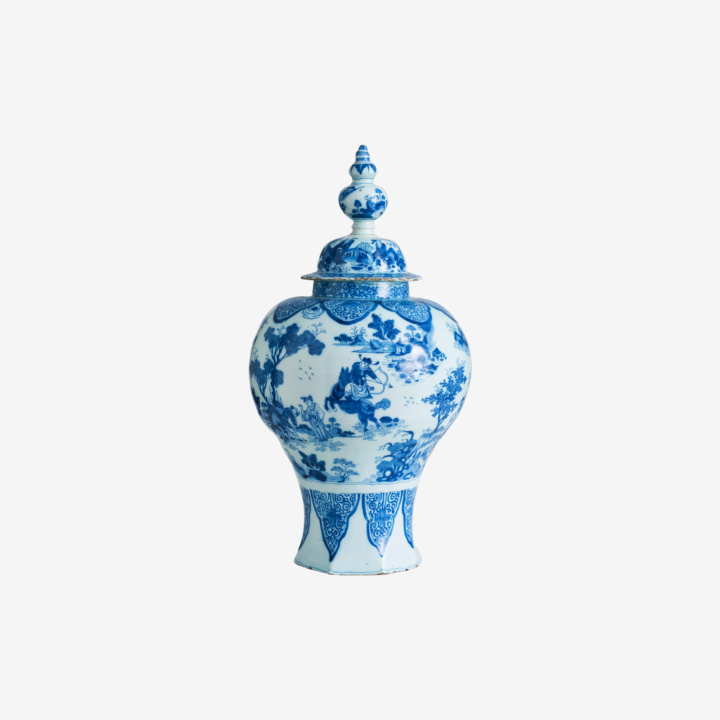 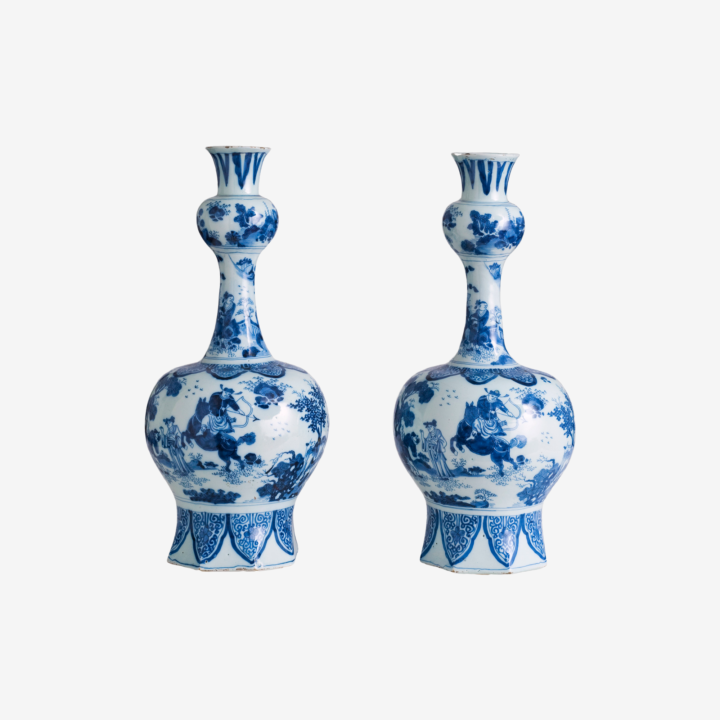 The three-part vase set consists of a pronounced baluster-shaped lid vase flanked by so-called knob vases, all standing on an octagonal base. The vases have a remarkably refined chinoiserie decoration of, among others, Chinese figures with parasols, a landscape with a set of deer and horsemen on horseback, which we often find on Kangxi porcelain. This three-part set must have been intended to be placed on a large cupboard. The origin of the set would most probably be found in the Netherlands.

From the middle of the seventeenth century it became fashionable to group various vases and place them on top of cupboards, especially on lacquer cabinets. It is striking that the lid vase functions as a central object in ensembles of three, five or more vases. As the century progressed, there was a greater urge for symmetry that reached its peak in the period around 1700. This is evident from the numerous series of prints from the hand of architect-designer Daniel Marot of mainly mantlepieces. With the arrival of the Huguenot Marot (1661-1752), the Dutch interior developed into full glory.