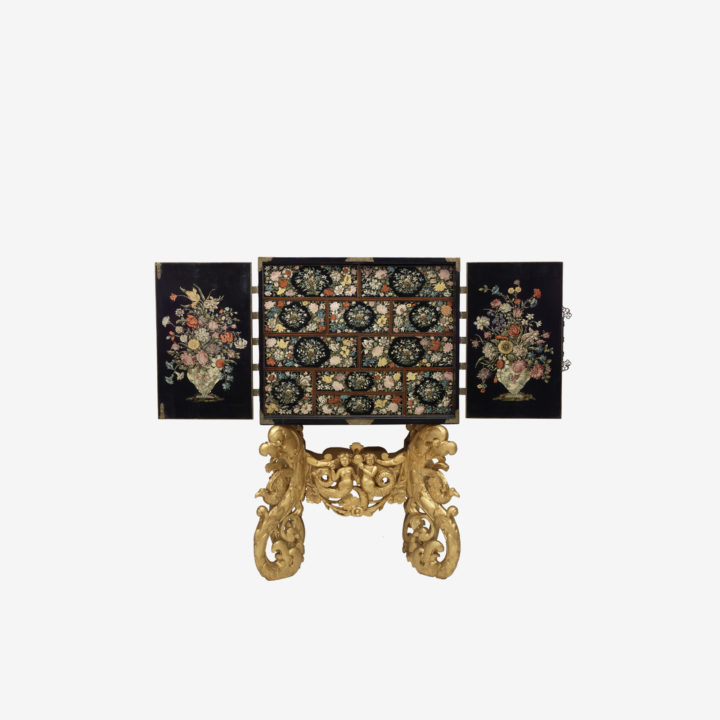 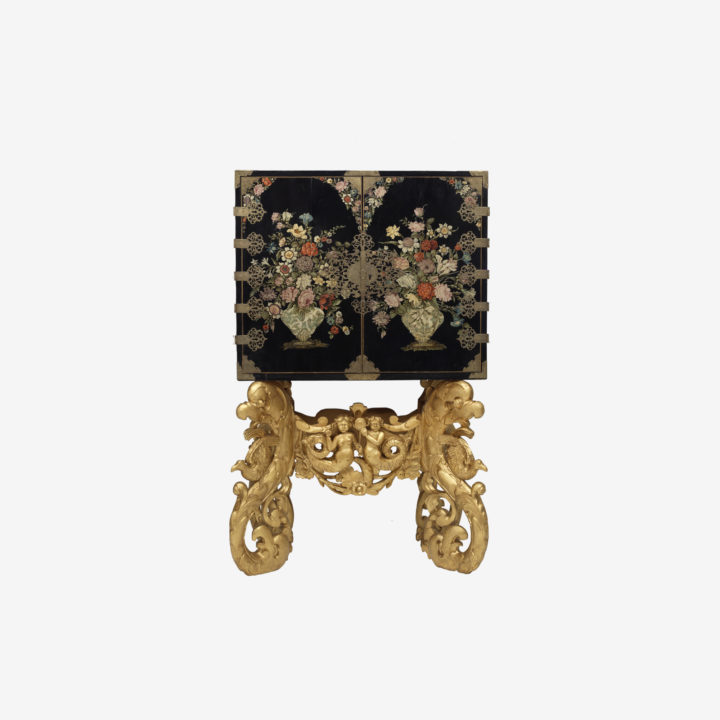 In response to the many lacquer cabinets from China, Japan and Coromandel that were imported into Europe by the English and Dutch East Indian Companies in Europe in the late seventeenth century. The doors of this cabinet are decorated on the inside and on the outside with blue and white vases such as imitation of Asian porcelain or Delftware filled with full flower branches with flowers such as carnations, tulips, and lilies. The loose flowers on the drawer’s front, which are painted fairly accurately, botanically, go back to an old custom to scatter flowers and herbs on the floor. This idea came into vogue in the sixteenth century and was continued well into the eighteenth century.

These cabinets were used to store rare minerals, shells or other exotic objects. On occasion the content was shown to interested people who studied these products of nature. Cabinets of this type are often classified as Dutch, but there is good reason to suppose that these cabinets were also manufactured in England. A striking set of lacquer furniture, consisting of a pen table, pen mirror and a pair of pedestal tables. decorated with similar flowers on a black background is part of the inventory of Hope Toun-House near Edinbugh. This interesting set is associated with Huguenot John Guilbaud or Guilleband, a name found in Hopetown’s bookkeeping between 1690-1700 and also known as one of Queen Mary’s suppliers.

As in almost all cases, the richly carved and gilt wooden frame was made for this cabinet, but in this case the gilding is more recent. The shape of this frame is English, but it is reminiscent of Dutch examples from the same period. On top of this kind of furniture people often placed a cabinet set and sometimes also silver vases. This explains the unadorned and somewhat bare top of this kind of show furniture. Trapezoidal black lacquered tops were also made and placed loosely on the undecorated top, so that a large amount of porcelain could be arranged artistically and the exotic character could be emphasized much more.