A portait of a young man 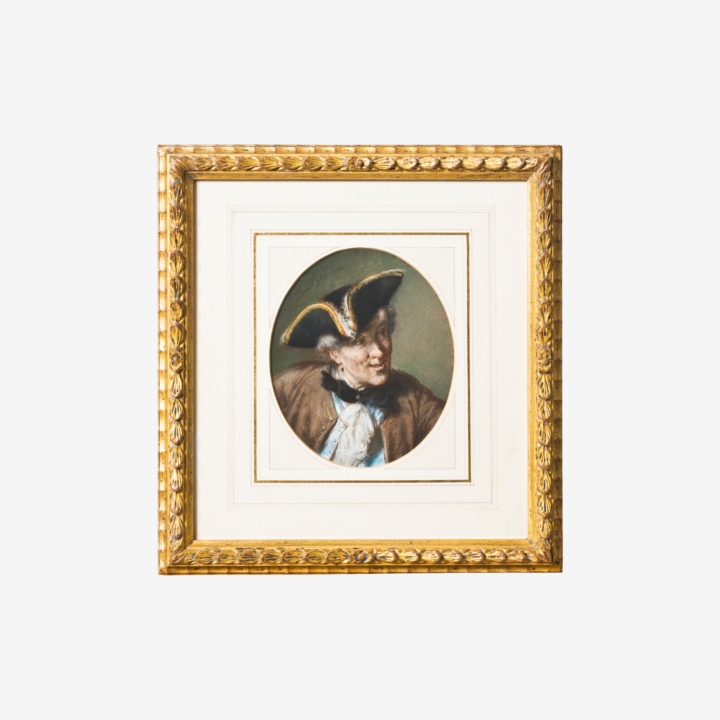 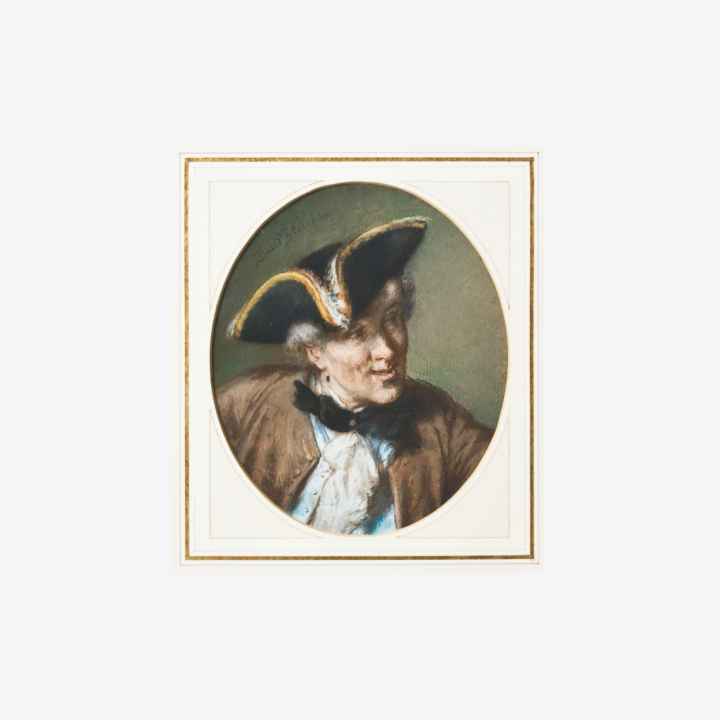 As a painter of satirical and humorous scenes, who exposed human weaknesses in the most cheerful way, Bles achieved great popularity. He took lessons with Cornelis Kruseman and in Paris with Joseph-Nicolas Robert-Fleury.

The young man dressed in an eighteenth century costume appears as the central figure in the painting “The handsome shop daughter” where his attention is not focused on the shopkeeper who tries his best to sell a suitable pair of shoes, but on his attractive daughter, who is her father assist in the store.

Bles was a knight in the order of the oak crown. In 1863 he obtained the Order of Leopold (Belgium). Furthermore, the knighthood in the order of the Dutch lion, the knighthood of Frans Josef (1873) and the Légion d’honneur. (1878) In 1855, at the World Exhibition in Paris, Bles won one of the three major medals intended for Dutch artists and in 1863 a gold medal. In 1857 he was appointed honorary member of the Imperial Academy in Saint Petersburg.

Antique dealers have a preference for the work of David Bles, among other things because of the antiques that occur in their “natural setting.” The studio of the nineteenth-century artist was a workplace, but also a meeting place and marketplace. Workroom and studio practice were used to shape the artist’s image and contributed to the creation of the artist’s romantic image.

Like Alexander Hugo Bakker Korff, Jan Bosboon and Stortenbeker, Bles had a beautiful collection of antiques. This came under the hammer with Frederik Muller in 1900. What to think of a forte piano painted by Gerard van Nijmegen and dated 1778.