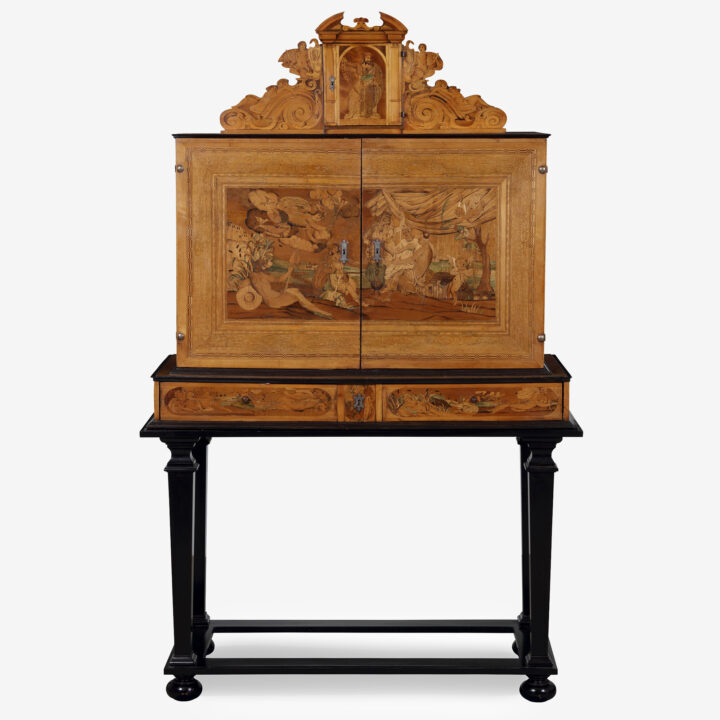 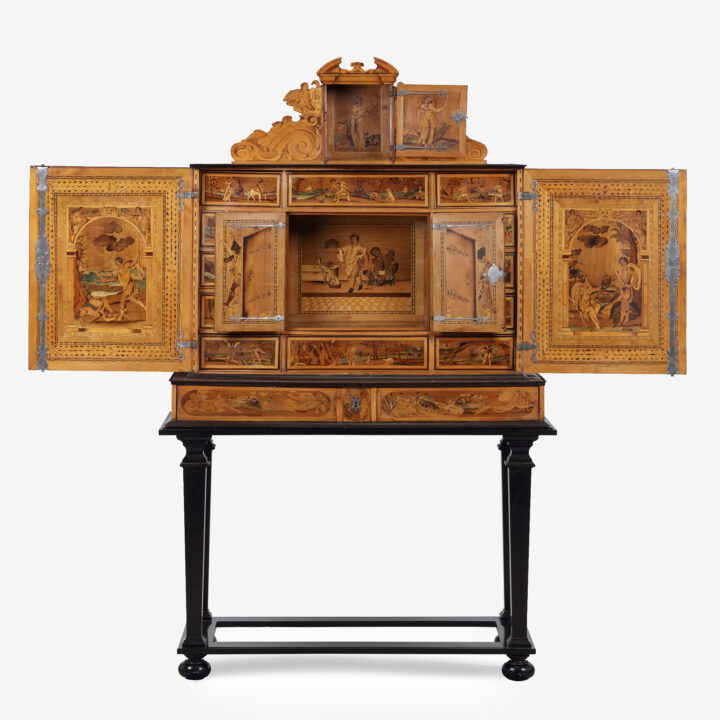 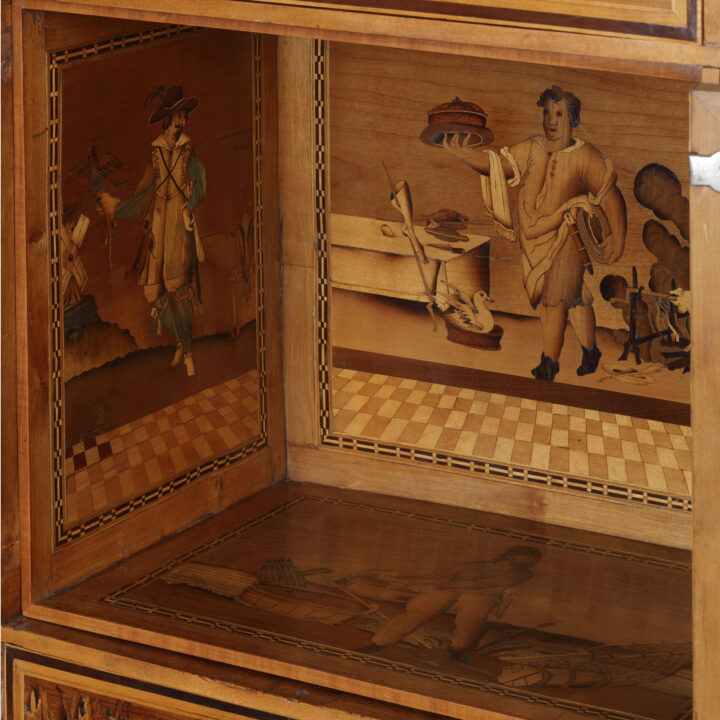 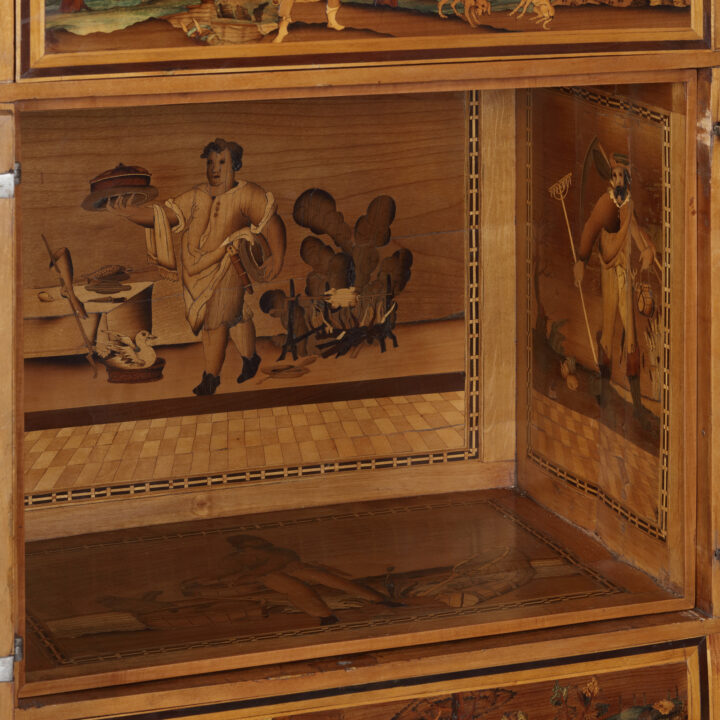 Door left: Eurydice flees from Orpheus and dies of a snake bite

Door middle: Thisbe discovers the corpse of Pyramus, surrounded by 12 panels showing scenes from Ovid’s Metamorphoses. Visible images behind that of Pyramus and Thisbe. Male personifications of the four elements, fire, water, air and earth, resp. Baker, fisherman, falconer, farmer. This inner box can be removed to reveal secret compartments behind it, with images of various animals and four musical instruments.

About the German cabinet

Furniture manufacturing and, in particular, the application of marquetry is a craft which German furniture makers excelled in for many centuries. This cabinet is an early example of this artisanry, originating in Southern Germany (Augsburg) around 1600. These cabinets were intended to house and exhibit collections of shells, special rocks or minerals and other natural products that could be admired and studied in small groups.

Within the home, a cabinet would traditionally be placed on a trestle table. The cabinet was truly an item to be displayed and the furniture was therefore repositioned from room to room and even accompanied families to their summer houses.

In German-speaking areas, collector furniture was mainly decorated with marquetry. In the countries west of Germany however, especially in Flanders; these cabinets were adorned with paintings of varying subjects (instead of the marquetry). These paintings borrowed on Biblical and Mythological (Ovid’s Metamorphoses) themes, the latter has been the inspiration for this Southern German cabinet maker. .

This particular cabinet is of German noble descent and was recently “uncollected” by them. It is in beautiful condition with hardly any restoration necessary. The nuances in shade, obtained by scorching the relatively thin veneer in hot sand, have remained more visible on the inside than on the outside: a logical consequence of the effect of atmospheric influences and especially that of light.