A pair of ornamental vases 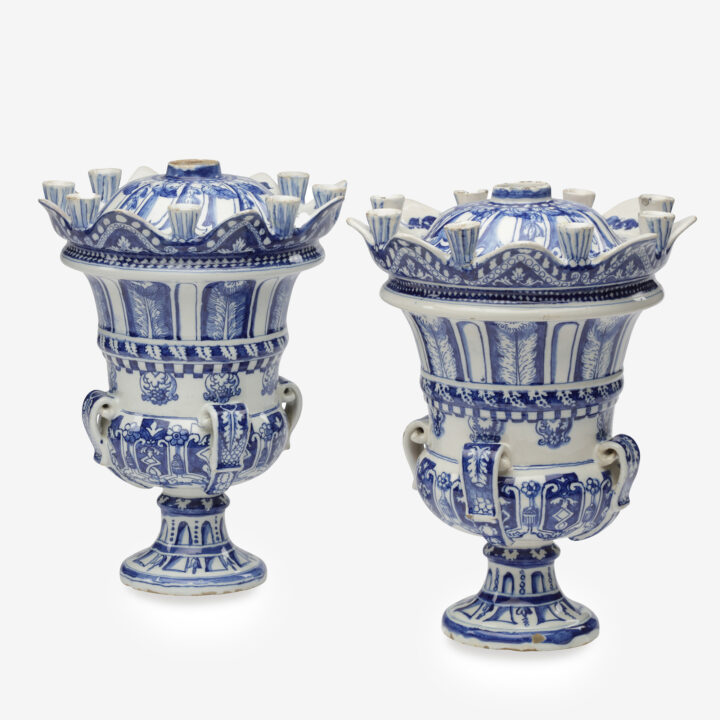 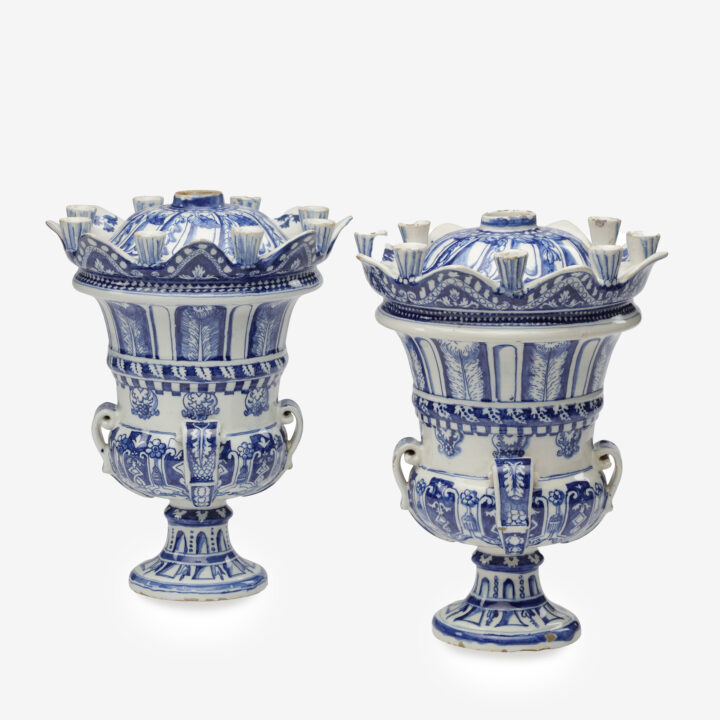 Origin: Delft, ‘The Greek A’ pottery

Delft earthenware enjoyed the royal patronage of Queen Mary whose favourite pottery happened to be De Grieksche A. She was also the pottery’s most import customer.

In 2007 the Gemeente Museum in The Hague instituted a highprofile initiative by organizing an exhibition which focussed attention on: “Vazen met tuiten; 300 jaar Pronkstukken” (Vases with spouts: 300 years of Splendour), accompanied by a publication of the same title within the series Delfts aardewerk, geschiedenis van een nationaal product (Delft earthenware, the history of a national product).

That catalogue illustrates, inter alia, two urn-shaped vases that appear to be two-tiered ‘flower vases’ but which are made in one piece, with a single opening in the middle. The probable solution to this puzzle can be found in the decoration on these ornamental pieces: the shoulders of the vases are embellished with bands of feathers. It is likely that these vases were originally intended to display a floral feather arrangement, such as are found on prints by Daniel Marot.

Be that as it may, it has been possible to relate the present vases to a group of Delft earthenware that once belonged to the collection of King William III and Queen Mary II, or which was bought by them in Delft as a gift.

The shape of the pair of vases under discussion closely resembles that of a pair of vases with similar dimensions in Dyrham Park (National Trust), which bear the monogram RWMR Rex William Mary Regina. In the inventory of 1703 they are called ‘Queen Flower potts’. It is highly likely that they were a gift from William to William Blathwayth, who became the owner of Dyrham Park in 1886, which would explain why these vases do not bear a factory mark.