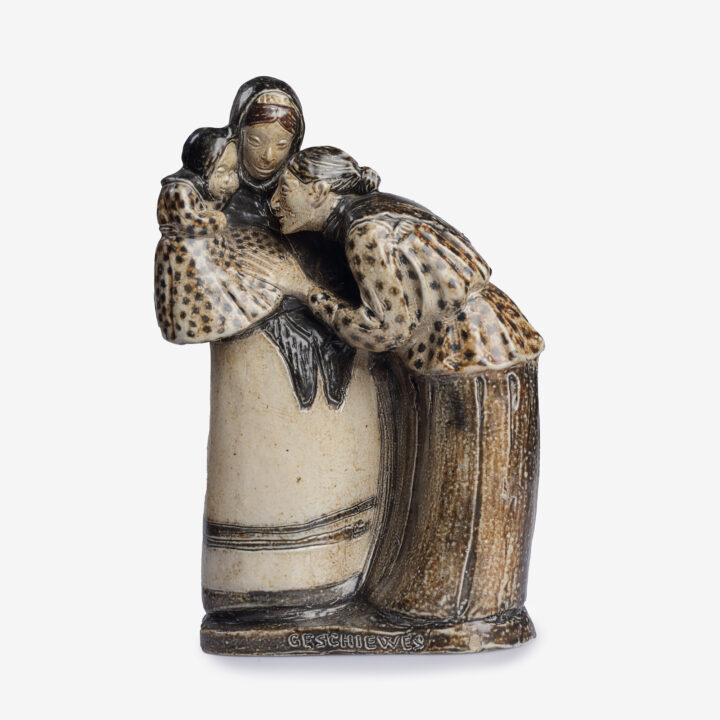 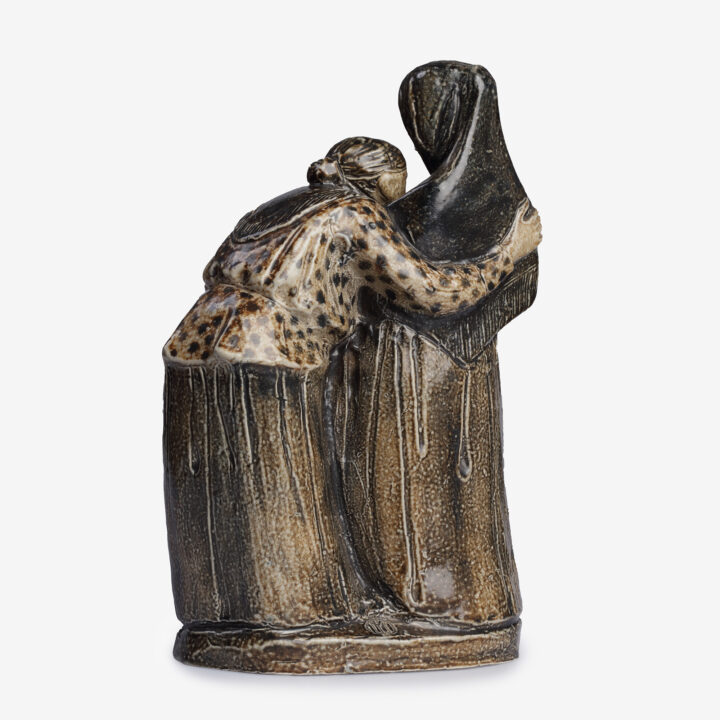 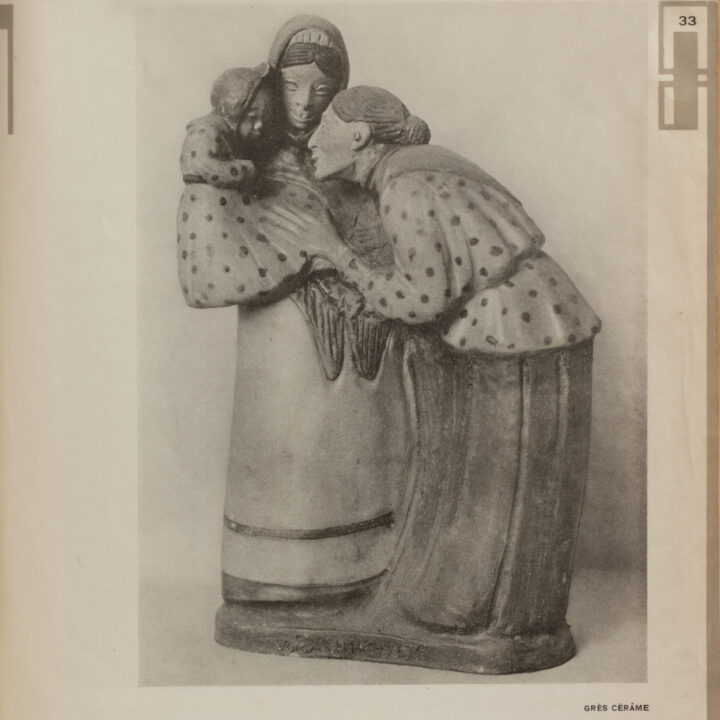 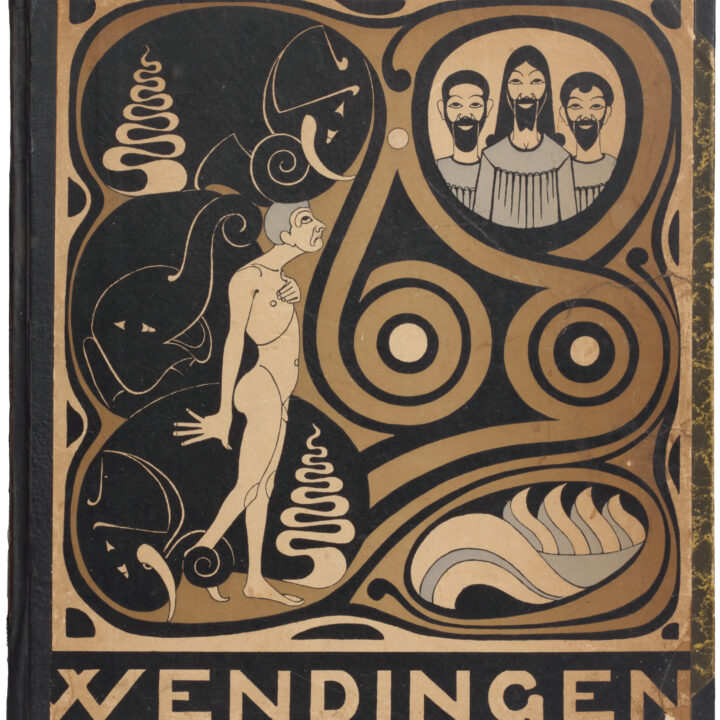 The statue represents a period from Amsterdam’s Jewish folk life. A female is seen admiring a child that another woman is carrying in her arms. These three figures have been bound together by the sculptor to form a lively but close knit group, in which the three persons merge into a formal triad.

The title of the group of statues “Geschiewes”, is a word from the Amsterdam Jewish vernacular, means something similar to “sweetie”.  It is the culmination of a group of free and picturesque small groups, which Mendes has modeled in clay and completed with a fine glaze. The older woman on the right side of the group is seen bending over to caress the baby that another woman is carrying in her arms. This gesture of inclination, of bending over, expresses complete tenderness which is the real theme of the group.

The three heads, which form the crown of the group, convey this feeling even more clearly- forming a unity and connecting the three figures in a touching way. The eldest woman and child, with their heads wrapped in a cap, are seen in profile. The mother’s head in front binds the shapes together.

The artist used even more means to create the group into a whole. For example, the older woman’s jacket and the child’s dress have been kept in the same dotted pattern, so that the two figures grow towards each other optically.

This creates a focus of attention in this group, as the artist intended: The rapprochement between old and young and the tenderness of gesture and feeling is typical of Mendes’ work from his time of transition, which displays these simple gestures and clear feelings. He undoubtedly found that inspiration in the neighborhood with which he was so familiar.

Joseph Mendes da Costa was born in 1863 as the son of a tombstone carver. (Matseiwemaker) He lived on the Nieuwe Prinsengracht near the Manegestraat and learned the trade in his father’s workshop. As a boy of 16 he attended the Quellinusschool.

In 1885, the year of the first publication of De Nieuwe Gids, young visual artists also joined together; the Labor et Ars Association (LEA), which included Zijl, Dijsselhof, Nieuwenhuis and Zwollo amongst its members, was the center of this friendly contact.

At the heart of the change these artists advocated that sculpture and its sister arts had always lived in connection with architecture and had therefore had flourished, showing that this ideal of a “community art” could be realized today. This new insight was in marked contrast to the then accepted sculpture of Rodin and his kindred spirits, in which the artists tried to exploit the possibilities of a free-standing image to the utmost with all its play of light and surface treatments.

Mendes’ art was at the beginning of the new period in the Netherlands, as in Belgium the work of Joris Minne and in France Aristide Maillol.  Mendes, who during his studies, leaned towards a style similar to impressionism, a style which was mainly represented in the Netherlands by the early work of L. Zijl.   From this, he, at the turn of the century, created his first major works in an architectural context: two stepped gables in front of an office building and Surabaya, for which the architect HP Berlage awarded him the assignment.

Louk Tilanus mentions in his book “The Art of Mendes da Costa”, 7 examples of “Darlings ”. The current one comes directly from a private collector who at the time acquired the figurine directly from one of the descendants of Mendes da Costa. It is the first time that this figurine is on the market. Beyond these, there are three others which are privately owned. The rest are part of the collection of, respectively, the Rijksmuseum Kröller-Muller in Otterlo, the Jewish Historical Museum, the Amsterdam Museum and one in the Groningsmuseum, part of the Veendorp collection.